The Concord Naval Weapons Station began in 1942 as the U.S. Naval Magazine, Port Chicago, an annex to the long-established Mare Island Naval Shipyard and Mare Island magazine. Located in what is referred to as the Tidal Area of the CNWS, the depot built up rapidly to support the heavy explosives demands of World War II in the Pacific.

In July 1944, a massive ammunition detonation destroyed the Tidal Area’s pier and two munitions ships docked there, the S.S. E.A. Bryan and S.S. Quinault Victory. The blast, the largest stateside disaster of the war, killed 320 people, including more than 200 African-American sailors assigned to the dangerous duty of loading explosives onto the ships. In a subsequent incident commonly called the “Port Chicago Mutiny,” a group of 50 African-American sailors refused to continue loading ammunitions. These men were court-martialed and this action became a key development in the African-American civil rights movement. Today, the Port Chicago Naval Magazine National Memorial stands on the site of this tragic event. 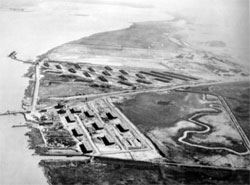 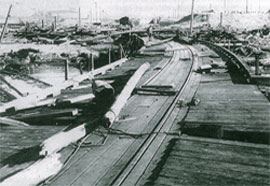 Ammunition was still needed for the war effort and Port Chicago was rapidly returned to service.  In response to the Port Chicago disaster, the Navy purchased the 5,200 acres that would become the Inland Area of the CNWS in 1944 and 1945. This area would eventually contain groups of magazines to disburse stored explosives and gun ammunition, administration buildings, military barracks, and a weapons laboratory. The Navy also built a rail system and small airfield in the Inland Area.

Over the following decades, the CNWS provided support for military efforts through the Vietnam Water and Cold War era. However, due to changes in military operations, the Navy vacated the Inland Area in 1999, while the Tidal Area remained an active military installation. 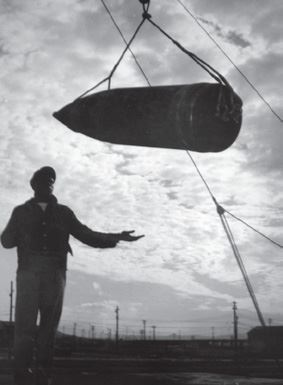 In late 1999, Congressman George Miller facilitated a study of potential joint uses for the mothballed inland portion of the CNWS. Concord officials played a significant role in the study. A list of potential joint uses that primarily focused on recreation and open space was submitted to the Navy in 2000. The Navy favorably considered the proposals. However, before significant progress could be made, the Navy revised its security operations following the tragic events of September 11, 2001. Nearly all joint-use proposals became unworkable under the revised security plan, with the exception of a 154-acre portion of the CNWS bordering Willow Pass Road and Olivera Road. The joint-use process identified this area as a potential park site based on a proposal from Concord officials.

In October 2002, the City and the Navy began discussions on the City's acquisition of the property for development of a park through a lease agreement. A conceptual agreement was reached by the end of the year and the City began a master plan process. Residents of nearby neighborhoods, youth sports organizations, open space advocates and other citizens participated in several meetings. A draft master plan was developed for the Navy's review. The Navy asked the City to revise the master plan and removed approximately 40 acres from the original 154-acre area. The City submitted a revised draft master plan for the Navy's review. The project was shelved when it was announced that the Department of Defense planned to close a number of bases across the nation.

In 2006, the Department of Defense designated the Concord City Council to serve as the Local Reuse Authority (LRA). The LRA is the point of contact negotiating with the Department of Defense and the community's point of contact for all matters relating to the closure of the Naval Weapons Station. The LRA launched a three-phase, multi-year process to develop the Reuse Plan for the base property. See the Reuse Plan section for more information on the planning process.

In March 2007, following the BRAC approval for closure in 2005, the Navy surplussed the Inland Area.